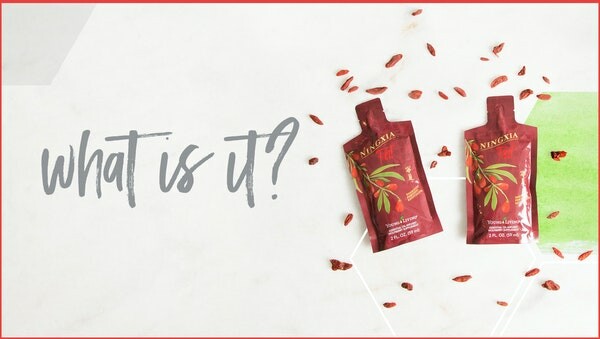 Ningxia Red is filled with so much goodness, it’s hard to even know where to begin when sharing about it!

Every single body systems is supported with our 2 oz. daily dose of Ningxia Red. It supports the immune system, liver function, and eye health and is reported to increase energy. It is rich in polyphenols, flavonoids, and has 18 amino acids, 21 trace minerals, beta-carotene and vitamins B1, B2, B6 and E!

Let’s talk about what makes Ningxia Red so amazing, the Ningxia wolfberry. This special type of wolfberry is grown in the Ningxia Region of China and is widely known for its medicinal and healing properties. It also has an incredible ORAC score. ORAC is Oxygen Radical Absorbance Capacity. Essentially, the ORAC is a test that qualifies how powerful the antioxidant capacity is of a food. For example, blueberries are known for being a high -antioxidant food and they rate just under 5000 on the ORAC scale. Ninxgia Red blows that out of the water, coming in at 30,000 on the S-ORAC (same as ORAC, just specific for supplements). The Ningxia wolfberry has the highest known ORAC score of ANY whole food.

So what is the big deal with antioxidants? That word gets thrown around a lot in the wellness industry but what does it actually mean for your body?

-Excerpt from the Ningxia Wolfberry: The Ultimate Superfood by Gary Young, Ronald Lawrence and Marc Schreuder 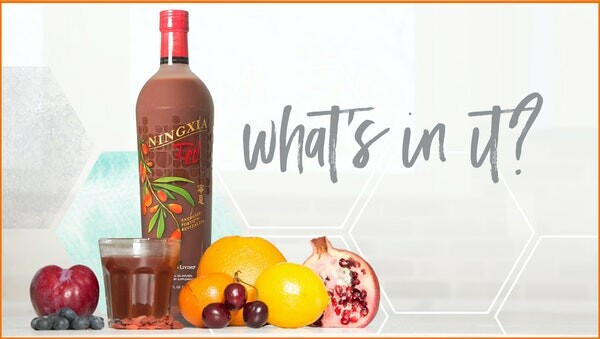 Ningxia Red-What exactly is it made of???Are you that wants to know every detail??? We've got you covered! Keep reading.*warning* this gets long but it's full of great info!!

Purified water: Added to rehydrate the berries which are sun-dried soon after harvest at the NingXia Wolfberry Farm and Distillery. Also to reconstitute other fruit extracts and juice concentrates.

NingXia Wolfberry puree! The shining star of NingXia as you probably know by now, is the NingXia Wolfberry. That’s the primary ingredient of NingXia Red, and the whole reason why the drink came to be! Wolfberries from the NingXia province of China are literally the most nutrient-dense food on the planet. It does… everything. Haha. NingXia wolfberries are packed with polysaccharides that strengthen immunity and many other body systems and cellular health. It has an ORAC (antioxidant measurement) score of about 30,000. Compare that to tomatoes, which have an ORAC of about 200. The NingXia region has an extremely high percentage of centenarians (people living over the age of 100), and they credit that to their high consumption of wolfberries.

Blueberry juice. One of the highest antioxidant foods (but nowhere near as high as wolfberries!) that significantly help to counteract oxidative stress and damage in the body. Research suggests that blueberry extracts have strong anti-aging properties.

Plum juice. In case you wondered why your Ningxia was so good at keeping you… ahem… regular, this is partly why. Plum juice actually has a ton of other really amazing properties. It’s been linked with improved glucose tolerance and insulin sensitivity, which can help fight against diabetes and obesity. Supports immune response to all kinds of things, and cellular health. Really good for colon health in particular.

Cherry juice. Every wonder how some people say that Ningxia gives them energy while others say it helps them sleep? Well, wolfberries and other ingredients in NingXia Red help support the thyroid which promotes sustained energy as well as healthier sleep patterns, but cherry juice in particular actually helps your body’s natural production of sleep-regulating hormones like melatonin. Also very high in antioxidants to resist oxidative damage.

Aronia juice. Wolfberries are an incredible source of zeaxanthin and lutein, which supports eye health and vision, and so is aronia juice! So that makes NingXia Red even more powerful to support your eyes. It also supports a healthy response to inflammation and even has fibers that function as prebiotics to support digestion.

Pomegranate juice. Most people think that pomegranates are like the be-all, end-all of antioxidants, which they ARE jam-packed with. But, not even half as much as wolfberries are! Pomegranate ORAC = 13,000; NingXia wolfberries = 30,000+. Still, adding pomegranate juice in provides additional benefits that support healthy blood pressure, protect against LDL oxidation, and all kinds of things.

Tartaric acid. a fruit acid used to enhance the flavor of the fruits.

Natural blueberry flavoring. It is actually more of an extract. Blueberry extract is rich in antioxidants that support cardiovascular health, and some research even shows that blueberry boosts learning and memory.

Pure vanilla extract. Used for flavor but actually has a constituent that is similar to eugenol (found in clove)! So it adds to antioxidant levels and also helps act as a preservative.

Grape seed extract. YL uses a specific brand called MegaNatural Gold, and it was evaluated in multiple human clinical tests at UC Davis on patients with metabolic syndrome, and was shown to reduce their blood pressure significantly. It has tons of other benefits, including supporting immunity. But you have to be really careful of the quality. I remember looking into this in my health blogger days and a lot of the GSE on the market is junk and laced with synthetic chemicals. Not something you have to worry about here! “Grape seed extract is a patented product made in California from a special seed blend that comes primarily from varietal white wine grape seeds. The seeds are extracted with hot water and then purified, concentrated, and spray dried into a phenolic grape seed extract powder.” (from the ningxiared.com site)

Malic Acid. Another one that I would have assumed is just for flavor or whatever, but nope! “Malic acid helps reduce muscle pain and tiredness and is essential in the formation of ATP, which is the body’s energy source.” (EODR) It also helps adjust the pH of the formula.

Pectin. This is just a simple water-soluble carbohydrate derived from fruit, used to help the formula have better texture and less separation.

Stevia leaf extract. A natural sweetener without any calories, added to enhance the flavor without increasing the amount of sugar. (There’s only 2 grams of naturally-occurring sugar in each serving, btw). I recently learned that Gary was actually a huge proponent of the benefits of stevia, so much so that we even used to carry it as a standalone supplement!

Sodium benzoate and/or potassium sorbate. Some people whine about any kind of preservatives, but these in particular are as safe as they come, and they’re used in the smallest amount allowable while still meeting requirements for international markets. Fun fact: there is more naturally-occurring sodium benzoate in an apple or a prune than in a serving of Ningxia Red. Another fun fact? Because we use such a minute amount of it (0.00025%), YL wasn’t even required by FDA law to list this ingredient on the label, but they did so anyway for the sake of transparency in keeping with our company values.

Yuzu. This is an essential oil you’ll only find in Ningxia Red! Cold pressed from the rind of the yuzu fruit, which originated in China and is similar to a mandarin orange. Known for antioxidant activity and has a long history of use in Japan and China.

Orange. You know how we’re always saying that the star constituent of Lemon essential oil is d-limonene, which is a powerful antioxidant with all kinds of amazing properties? Orange actually has WAY more limonene than lemon does! Our orange essential oil is comprised of about 90% limonene!

Lemon. Eek, um, there’s a lot we’re not allowed to say about this. Lemon is highly cleansing and can support lymphatic and immune systems.

Tangerine. Also very high in limonene, also packed with bioflavanoids like other citrus oils, but most importantly? It’s the most delicious tasting oil there is. Try an extra drop of it in your Ningxia shot and you’ll never go back!

Whew! Yeah that’s a lot. Did you learn anything new? 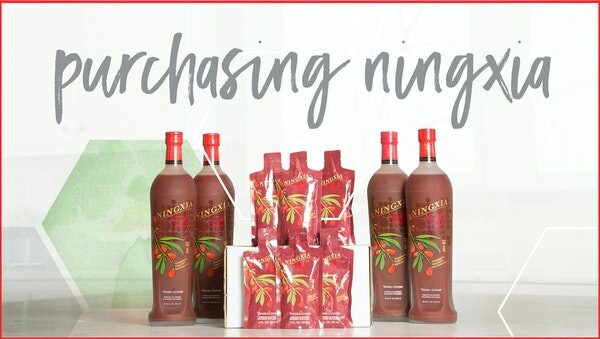 The BEST way to purchase NingXia is through your Young Living wholesale account. If you don't already have an account, reach out to the person who sent you here and they will help you grab the Ningxia Red Starter Bundle!

If you are a wholesale member already - first let us celebrate you - YAY! Second, you should REALLY get yourself the NingXia Essential Rewards kit! This kit comes with FOUR bottles of NingXia Red and a 30 - count box of 2 oz singles. And since you’re ordering through Essential Rewards - Young Living is going to give you points you back for it! Say WHAT?! Yeah! You will receive between 10% - 25% back on your order depending on how long you’ve been on Essential Rewards, PLUS you will qualify for the ER exclusive promotion that Young Living does monthly. The savings with this Kit in particular is just astounding!

Are you ridiculously EXCITED YET?! The Ningxia Essential Rewards Kit is on my order every month! 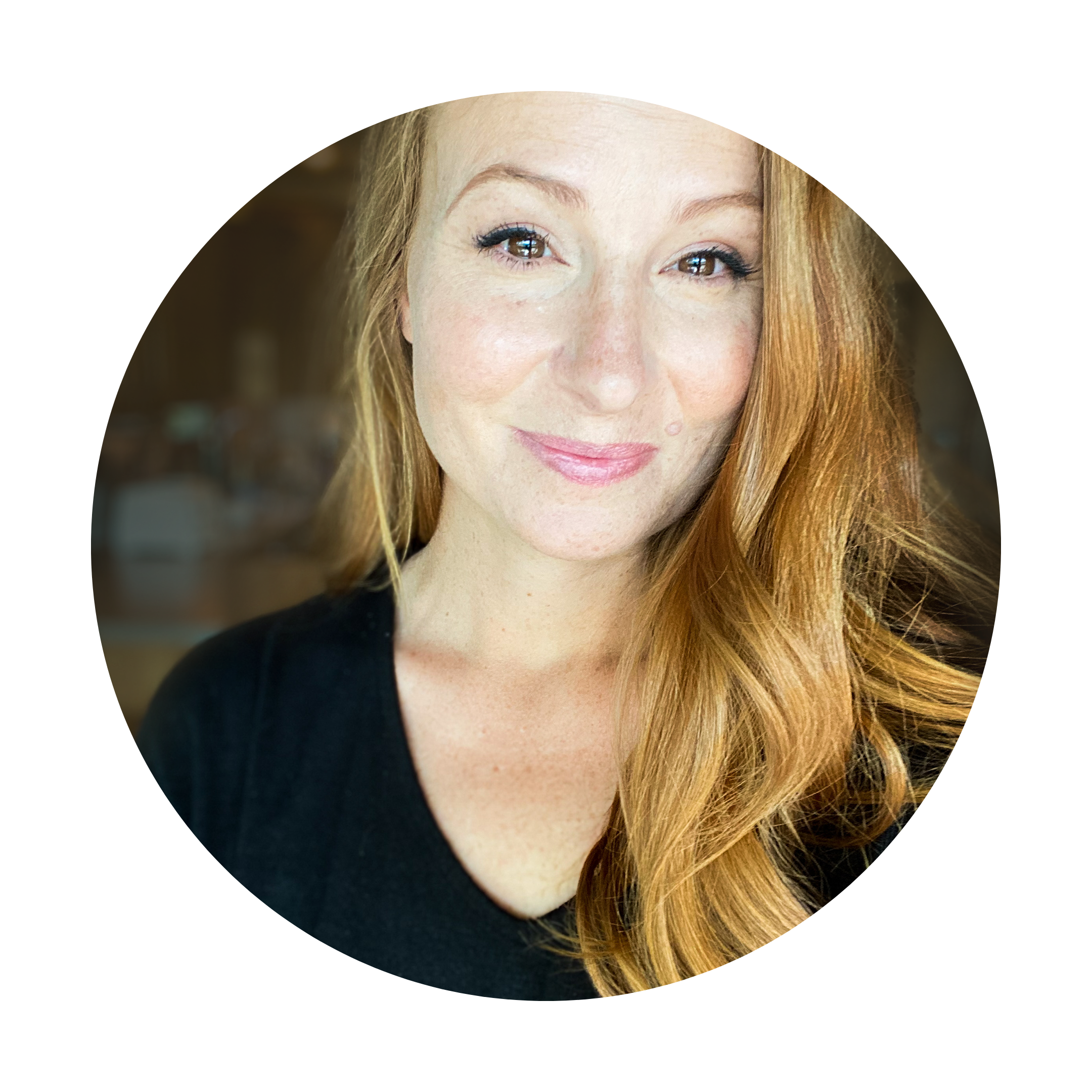